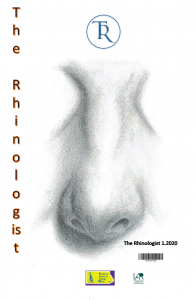 Articles in this issue: 1

Articles in this issue

1. Pidotimod in the prevention of the Recurrent Respiratory Infections. A cytological study on population – Alberto Macchi M.D.

1. Pidotimod in the prevention of the Recurrent Respiratory Infections. A cytological study on population

Recurrent Respiratory Infections (RRI) are widespread, increasing problem. Nasal cell functionality represents the first line defense against pathological agents coming from external environment and cellular morphology and activity can be easily demonstrated by a simple examination like microscopic nasal cytology, and this can give important informations on patients’ clinical status. The possibility of acting on behalf of repairing or enhancing cellular damages, especially of the nasal mucosa, allows to create an effective barrier against external assaults. The present study shown that an immunostimulant like Pidotimod can interact at a cellular level, enhancing cellular functionality and cellular vitality inside nasal mucosa, allowing a significant reduction on the number of recurrent respiratory tract infection.

Low birth weight, lack of breastfeeding, poor socio-economic conditions, malnutrition, missed vaccination, atopy, parental smoking, pollution, day-care attendance and early socialization are well known to be the most common risk factors for RRI, not to mention that children still have an immature immune response. The main agents responsible for RRI are virus, less frequently bacterias, that often require the use of antibiotics with a consequent spreading of
antibiotics’ resistances. [1,2,3]

To improve this situation alternative approaches and more prevention strategies are needed. Different kind of immunostimulants, biological active substances by natural and synthetic origins, have been introduced in some countries for prevention of RRI in children. [3] Pidotimod (3-l-Pyroglutamyl-1-tiazolidine-4-carboxylic acid) is a synthetic dypetide immunostimolant acting on both adaptative and innate immune systems [4] inducing dendritic cells maturation, increased NK, neutrophilic and macrophagic cells activity [4].

Pidotimod activates Th1 response increasing gamma-IFN production, and it disables the Th2 response. Furthermore it increases production and secrection of salivary IgG and secretory IgA. Studies conducted since the 90’s on animals’ and humans’ models have shown that Pidotimod is able to modulate the inflammatory cascade, to up-regulate the expression of HLA-DR and different co-stimulatory molecules and to balance the intestinal flora [1].

Nasal cytology has been an important diagnostic test and has been increasingly used in the rhinological field in order to differentiate between different types of rhinopaties. It helps discriminating between different cytotypes (eosinophils, mast cells, neutrophils, bacteria, spores) an it allows to calculate their percentages comparing to the number of total leukocytes. A direct index of cell integrity is represented by the presence of the hyperchromic stria inside ciliated cells, located immediately above the nucleus, called “hyperchromatic supranuclear stria” (SNS). This stria is selectively present in healthy cells (not affected by cellular alterations of the nucleus, of the cytoplasm and the ciliary apparatus).

Aim of this study is to observe Pidotimod efficacy in reducing RRI recurrency and to state its improvement on the nasal mucosa’s inflammation stating citological differences between treated and non-treated patients, based on the cellular types, the SNS cellular status and ciliar motility.

The study was performed in accordance with the declaration of Helsinki.

Since September 2015 to December 2018 in the Otorhinolaryngology Clinic at A.S.S.T. Sette Laghi Hospital in Varese, a single-blind randomized parallel groups study was carried on to 143 patients, aged between 3 to 78 years (medium age 48,5 years); 75 were males and 68 females, all were enrolled after a specialist outpatient ENT visit and after at least ten days wash-out from antihistamines and/or steroids ingestion.

In order to investigate if the treatment with Pidotimod could result in less airway inflammations, patients were randomized 1:1. 73 patients (36 male and 35 female) received the drug and were treated with Pidotimod for twenty days every month for three consecutive months. The other 75 patients who did not receive the drug represented the control group.

All patients were examined twice: at Visit 0 (before treatment start) and at the end of the third month of treatment (Visit 1). During both visits nasal cytology was performed and clinical history was collected, with particular attention on IRR episodes and the need for antibiotics ingestion.

Cytological sampling was performed by scraping with Rhino-Probe in the middle part of the lower turbinate, an area characterized by a significant number of cells, in particular ciliated cell. After air fixation the slides were colored with May-Grünwald-Giemsa staining method. The microscopic observation with a 400X magnification allowed to check coloration quality and cells distribution, and the 1000X magnification, in immersion, allowed to discriminate between
different citotypes (eosinophils, mast cells, neutrophils, bacteria, spores) in order to calculate their percentages comparing to the number of total leukocytes and to study the intracellular components and identify the hyperchromatic supranuclear stria (SNS) (9). All results were treated and analyzed by a professional statistician.

The nasal cytological examination before and after the treatment in both groups of patients gave the following results:

SNS expression in ciliated cells: it showed to be improved in 89% patients treated with Pidotimod (statistically
significative P < 0.001) ; this was not found in the group of not-treated patients (Table 1); in which only 41% showed an
improvement after 3 months probably due to the absence of IRR. Even more, in the placebo group it was found a decrease of the SNS into ciliated cells, showing a cellular health worsening.

Ciliar Motility: no variations between the two groups of patients were noticed before and after treatment.

Clinical history of IRR and need for antibiotics: Pidotimod showed to be effective reducing the number of IRR and the need of antibacterial treatments as shown in the following tables.
The group of treated patients showed a statistically significant reduction of IRR episodes decreasing from 334 to only 91 episodes after Pidotimod.

The group pf non-treated patients showed no significant differences between the number
of episodes (Table 2).

During the 3 months duration of the study there was no need for usage of antibiotics in 65,7% of treated patients; while
84% of non-treated patients required at least one antibacterial treatment during the same period (Table 3).

Recurrent respiratory infections (RRI) represent a huge problem among general population and an important challenge for medical doctors, reching a peak in the first 4th year of life, especially in children attending day-care. RRI are responsible for 75% of antibiotics prescription in pediatric age and may contribute to raise antibiotics resistance and 68% in the general population. RRI also contributes to indirect costs in addition to drug prescriptions and
hospitalizations, such as parental absence from work (3).

Nasal cytology is a simple, economic, repeatable, and a safe diagnostic procedure that allows to assess the normal and pathological aspects of the nasal mucosa by identifying and counting the different cell types and their morphology (11).

Ciliated cells are highly differentiated compared to other cellular types in the upper airways, and they are the most affected by degenerative process during inflammatory diseases (10). The hypercromatic supranuclear stria (SNS) is detected only in ciliated cells because this type of cell demands a significant amount of ready-to-use and reserve energy;  and it represents a special accumulation of proteins. The SNS is therefore considered to be a marker for the anatomical
and functional integrity of ciliated cells. Its’ absence is a prognostic sign of the disease themselves [8].

To confirm this, a statistically significant decrease in the percentage of positive streaks (SNS +) was observed in vasomotor, inflammatory and infectious rhinitis, and it was found that this percentage correlates with the severity of the disease. [10]

Pidotimod (Axil) is a well-tolerated and safe immunostimulant. According to recent studies it is able to reduce the number of respiratory infections, the days of fever, the severity of symptoms and the use of antibiotics [1].

In Vitro animal and human models showedthat Pidotimod is able to modulate both innate and adaptive immune responses. It has been demonstrated that children treated with oral Azythromycin in addition to Pitodomod showed a greater decrease of respiratory diseases and duration of symptoms compared to children treated only with antibiotics. Level of nasal inflammation can be considered an index of welfare of upper and lower respiratory airways. According to
this, a randomized controlled study was conducted in order to evaluate Pidotimod efficacy in reducing nasal inflammation and improving children quality of life.
143 patients affected by RRI were enrolled and randomized into two groups: one treated with Pitodimod and the other with placebo. Both groups were observed for three months. In order to determine the level of nasal inflammation, nasal citology and cell motility of each patient was studied at the beginning and at the end of the period of observation.

The number of respiratory infections and the need for antibiotics use have also been evaluated. According to patients’ rhinocytograms there was no significant reduction of eosinophils, neutrophils, mast-cells and lymphocytes in the two groups. Nasal mucociliary clearence is essential for the defense of respiratory airways by protecting the lung against organic and inorganic particles and it is known to depend strictly on the protein reserve of the cell itself: the more healthy the cell is, the more proteins it has stored inside the cytoplasm, the more it moves, and the protein reserve is represented by the supranuclear hypercromatic stria, which therefore represents an indirect sign of wellness of nasal ciliated cells. [8]. In our study the people treated with Pidotimod showed an increase of the SNS in 89% of treated patients.

Nasal cell functionality represents the first-line defense against pathological agents coming from external environment and cellular morphology and activity can be easily demonstrated by a simple examination like microscopic nasal cytology, and this can give important information on patients’ clinical status.
The possibility of acting on behalf of repairing or enhancing cellular damages, expecially of the nasal mucosa, allows to create an effective barrier against external assaults.

The present study has shown that an immune modulators like Pidotimod can interact at a cellular level, enhancing cellular functionality and cellular vitality inside nasal mucosa, allowing a significant reduction on the number of recurrent respiratory tract infection in children.

Since RRI have an important impact , especially on children and their parents’ quality of life, new ways of treatment are needed. It has been widely demonstrated that Pidotimod is an effective immunostimolant. By our study we can confirm its’ ability in reducing the number of respiratory tract infections and the need for use of antibiotics.